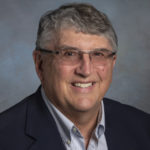 B.A., The College of William and Mary; M.A., Ph.D., University of Maryland

Robert S. Rycroft, Professor of Economics, earned a Ph.D. (1978) and M.A. (1974) from the University of Maryland, after receiving a B.A. (1972) in economics from the College of William and Mary. A member of Phi Beta Kappa and the American Economic Association, Dr. Rycroft is the author of Essentials of Macroeconomics I and II (1989), Hits on the Web: Mankiw Edition (2003, with Carol Lee Clark and Michael R. Dowd) and The Economics of Inequality, Discrimination, Poverty, and Mobility (2009, 2nd edition forthcoming), the editor of The Economics of Inequality, Poverty and Discrimination in the 21st Century (2013) and The American Middle Class: An Economic Encyclopedia of Progress and Poverty (2017), and a contributor to The Economics Problem Solver and GRE Economics Test. He has published articles in the International Journal of Forecasting, the Journal of Economic Education, Computers in Higher Education Economics Review, and the Nebraska Journal of Economics and Business.