The topic will delve into a top-secret world where young women and men lived and worked surrounded by spies and secrecy, forbidden to speak of their work, even to each other, as the United States worked to face the challenges of World War II and the Manhattan Project raced to harness nuclear power. At the height of World War II, Oak Ridge, Tennessee, was home to 75,000 residents, consuming more electricity than New York City. But to most of the world, the town did not exist. Thousands of civilians—many of them young women from small towns across the South—were recruited to this secret city, enticed by solid wages and the promise of war-ending work. Kept very much in the dark, few would ever guess the true nature of the tasks they performed each day in the hulking factories in the middle of the Appalachian Mountains. That is, until the end of the war—when Oak Ridge’s secret was revealed.  Kiernan will discuss this story of adventure, intrigue, sacrifice and controversy. 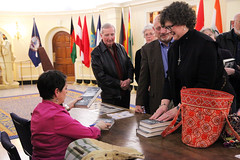 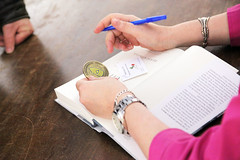 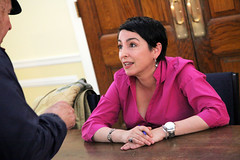 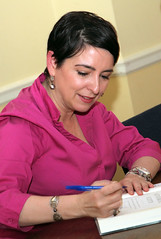 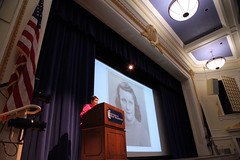 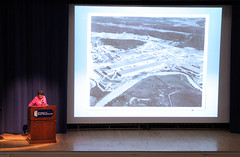 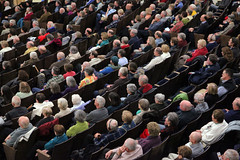 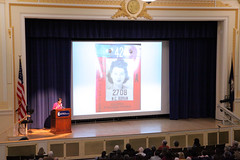 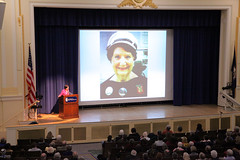 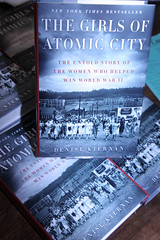 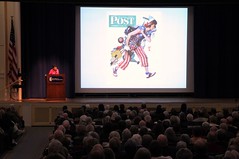 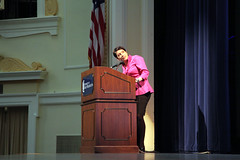 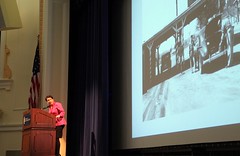 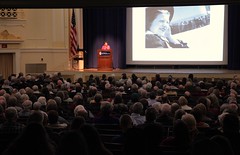 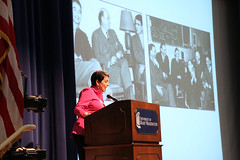 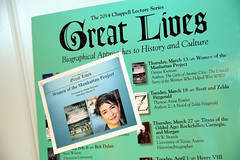 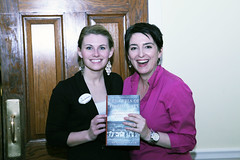 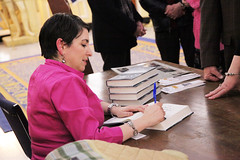 Signing "The Girls of Atomic City" 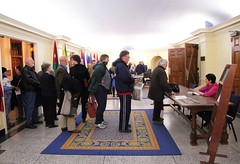 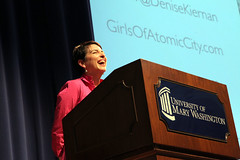 Denise Kiernan has been working as a writer for nearly 20 years. She has been published in The New York Times, Wall Street Journal, Village Voice, Ms. Magazine, Reader’s Digest, Discover, Saveur and many more publications. She has also worked in television, serving as head writer for ABC’s “Who Wants to Be a Millionaire” during its Emmy Award-winning first season, and producing for places such as ESPN and MSNBC. She has authored several popular history titles including  Signing Their Lives Away, Signing Their Rights Away and Stuff Every American Should Know and has ghost written books for athletes, entrepreneurs and actresses. An an author, she has discussed her work on The Daily Show with Jon Stewart, MSNBC Morning Joe, PBS NewsHour, NPR Weekend Edition, and other national and regional programs.