Augustus (63 B.C.-14 A.D.) was born Gaius Octavius (later Octavian) into a wealthy plebeian family and was adopted posthumously by his uncle Gaius Julius Caesar following Caesar’s assassination.  After a series of civil wars Octavian managed to consolidate his power and, while claiming to restore the old Roman Republic, essentially created the Roman Empire with autocratic power vested in himself.  Praised by some for his statesmanship and reviled by others for his ruthlessness, Augustus (as he became known) ruled from 27 B.C. until his death in 14 A.D. at the age of 75, creating during that time the era of (relative) peace known as the Pax Romana.  Professor Galinski will examine Augustus’s personal story within the larger context of political and social conditions of the day. 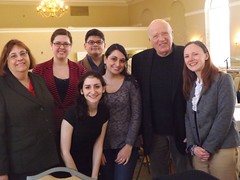 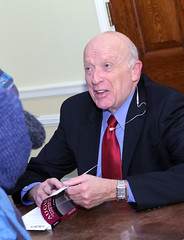 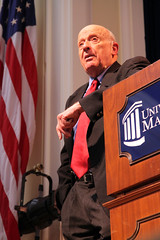 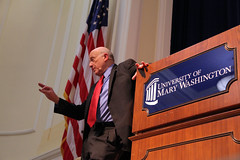 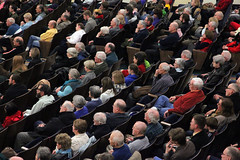 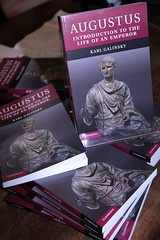 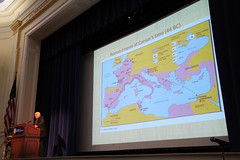 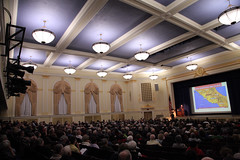 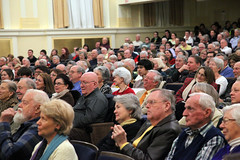 Speaker with audience projected behind him 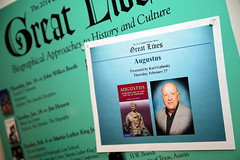 Karl  Galinsky was born in 1942. He completed high school in Germany, earned a B.A. from Bowdoin in 1963, and his Ph.D. from Princeton in 1966. He has been at UT Austin since 1966 and was tenured at age 26, a full professor  at age 30, and department  chair at age 32. Galinsky has numerous publications, especially on Roman civilization, and numerous grants, including a Guggenheim, NEH Fellowships, and many NEH projects, such as seminars for college and school teachers. He is a frequent consultant to other universities on academic programs, and a frequent lecturer or director of study tours for various organizations to the Mediterranean.  He has numerous off-campus distinctions, such as the National Phi Beta Kappa Lecturer in 1989-90. He is a specialist on the Augustan Age in Rome, which has included work for NPR and PBS.