A video recording of this lecture is not available.

No one predicted success for Henry Ward Beecher at his birth in 1813.  The boisterous son of the last great Puritan minister, he seemed destined to be overshadowed by his brilliant siblings – especially his sister, Harriet Beecher Stowe, author of the classic best-selling novel Uncle Tom’s Cabin. But Beecher found international fame by shedding his father’s fire-and-brimstone theology and instead preaching a gospel of unconditional love and healing, becoming one of the founding fathers of modern American Christianity.  He became what might be called “the Forest Gump” of the 19th Century, throwing himself into many of the era’s greatest events. He championed controversial causes like abolitionism, Darwinism, and women’s rights, and his church was one of the country’s first mega-churches and New York’s top tourist site. He was famous for his spectacular stunts, like auctioning beautiful light-skinned slave girls to freedom from his church pulpit. Then, at the peak of his fame, Beecher was accused of seducing his female parishioners, creating a sex scandal that garnered more newspaper headlines than the entire Civil War.  In our own time, when religion and politics are again colliding and adultery in high places still commands headlines, Beecher’s story sheds new light on America’s culture and conflicts. 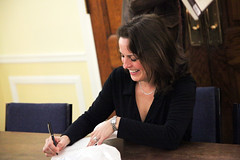 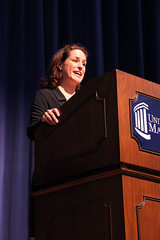 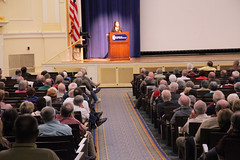 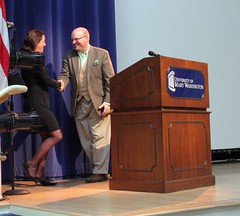 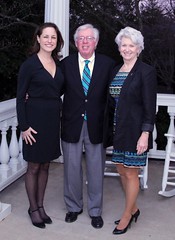 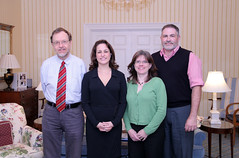 Debby Applegate is a historian whose first book, The Most Famous Man in America: The Biography of Henry Ward Beecher, won the 2007 Pulitzer Prize for Biography.  She is currently at work on a biography an infamous brothel-keeper in Prohibition-era New York City entitled Madam: The Notorious Life and Times of Polly Adler, forthcoming from Doubleday.  She lives in New Haven, Connecticut with her husband Bruce Tulgan, author of It’s OK To Be the Boss.