A video recording of this lecture is not available. To see Brian Jay Jones’ 2018 return appearance to Great Lives to speak on Jim Henson, click here.

Jim Henson’s bearded image was recognized around the world, but until the publication of Brian Jay Jones’s biography, most people knew him mainly through the iconic characters he created: Kermit the Frog, Bert and Ernie, Miss Piggy, Big Bird.  In his presentation, Jones will discuss Henson’s creation of the Muppets and his contributions to Sesame Street and Saturday Night Live, as well as some of his less successful ventures.   He will explore his work as a master craftsman who revolutionized the presentation of puppets on television and as a savvy businessman whose deal-making prowess won him a reputation as “the new Walt Disney.”  Also, drawing upon insights gained from hundreds of hours of interviews with Henson’s family, friends, and collaborators, he will examine Henson’s intensely private personal life: his Christian Science upbringing, his love of fast cars and expensive art, and his weakness for women. 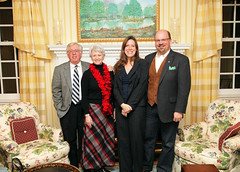 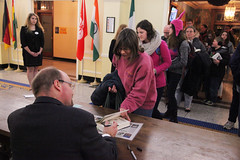 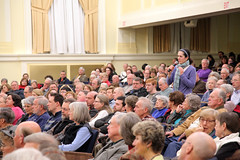 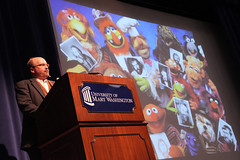 Brian Jay Jones was born in the Midwest and raised in the Southwest, and earned a degree in English Literature from the University of New Mexico.  An award-winning biographer, he spent nearly two decades as a writer, speechwriter, and public policy analyst, serving elected officials at three levels of government, including nearly ten years in the United States Senate.  His first book,Washington Irving: An American Original, has been praised as the definitive biography of American literature’s first popular author and pop culture icon. The Associated Press called it “authoritative” and the New York Times summed it up simply as “charming.” His Jim Henson biography was published to high praise in October, 2013.  Jones serves as Vice President of Biographers International Organization and serves as liaison between that organization and the Great Lives program.