One of the twentieth century’s most iconic literary geniuses, and his insane, disruptive wife—the woman who married him for his fame and fortune, then became the architect of his ruin.  Scott and Zelda Fitzgerald were two young, intense, intelligent, creative, energetic, often naïve people whose strengths warred—daily, almost—with their weaknesses. According to Fowler, they were victims of circumstance, and of themselves — idealists who somehow couldn’t quite break away from their conservative roots, or from each other.  “Nothing with the Fitzgeralds has ever been simple,” she says. “Would we still be reading the works of F. Scott Fitzgerald today had he not met the young Montgomery, Alabama debutante Zelda Sayre in 1918 and married her at St. Patrick’s Cathedral in Manhattan two years later, a mere week after the publication of his first novel, This Side of Paradise? What is it about Zelda that made her irresistible to Scott and an anathema to Ernest Hemingway? ‘First flapper,’ feminist icon, subject of numerous biographies and stage plays, Zelda continues to fascinate us even today.” 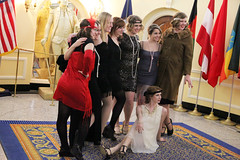 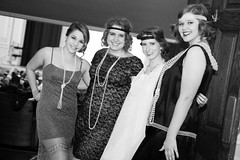 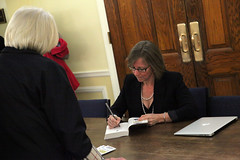 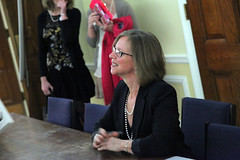 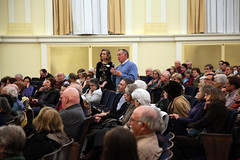 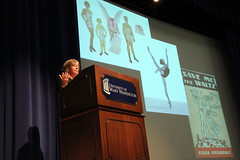 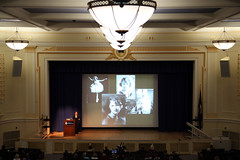 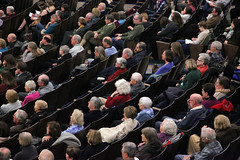 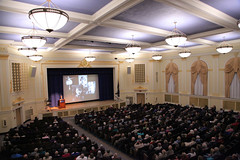 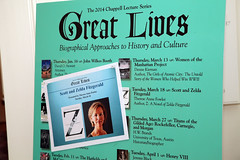 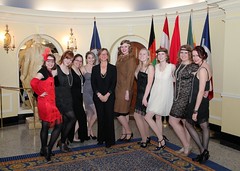 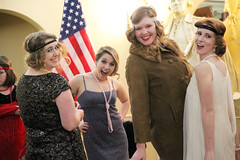 Student "flappers" in the spirit of Zelda 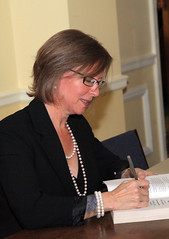 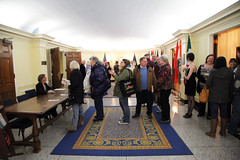 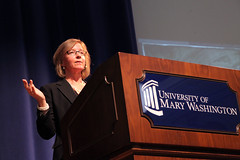 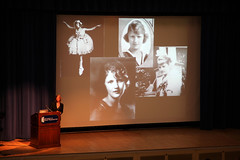 Ms. Fowler with images of Zelda 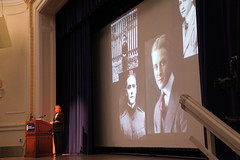 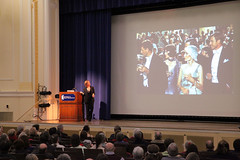 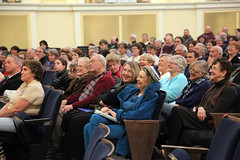 Therese Anne Fowler is the author of the New York Times bestselling novel Z: A Novel of Zelda Fitzgerald. Raised in the Midwest, she migrated to North Carolina in 1995 and then, as a newly single parent, proceeded to earn a B.A. in sociology and cultural anthropology from North Carolina State University. She followed that with an MFA in creative writing, a position teaching creative writing to undergraduates, and the publication of four novels to date. A lover of literature, history, culture, and society, Therese often speaks at literary festivals, luncheons, and conferences, and has contributed essays to several national publications. Recommended by O, Glamour, People, Manhattan, Harper’s Bazaar, EW, Huffington Post, The Millions, Publisher’s Weekly, and USA Today, among many others, Z has been called “a richly imagined novel…Zelda’s touching story is also fascinating and funny; it animates an entire era.”