Building with Habitat for Humanity. Measuring the trees on UMW’s historic campus. Diving with faculty for coral samples on Christmas Island. These are just a few of the things that UMW students are doing on a given day – and it’s largely made possible through the generosity of the university’s donors.

UMW’s civically, socially and intellectually engaged community produces graduates who are critical thinkers with the confidence to make positive changes in the world, but tuition and state funds alone are not enough. Contributions from the Commonwealth of Virginia account for just 25 percent of the University’s operating budget, which means that private support is essential to providing an outstanding liberal arts education to UMW’s growing student body.

Year after year, donors – more than 7,000 last year – step up to support the UMW experience by giving to the Fund for Mary Washington and other areas across campus. Mary Wash Giving Day on March 20, 2018, is the 24-hour period the university has set aside to encourage the University community to come together and support students. It’s an opportunity to give back and pay it forward, and take part in what could be the largest single day of fundraising in the university’s history, with a goal of 1,908 gifts in honor of its founding year.

Below, get a glimpse of the everyday impact of private giving and join UMW on March 20 for Mary Wash Day, the university’s second annual day of giving. Learn more at givingday.umw.edu. 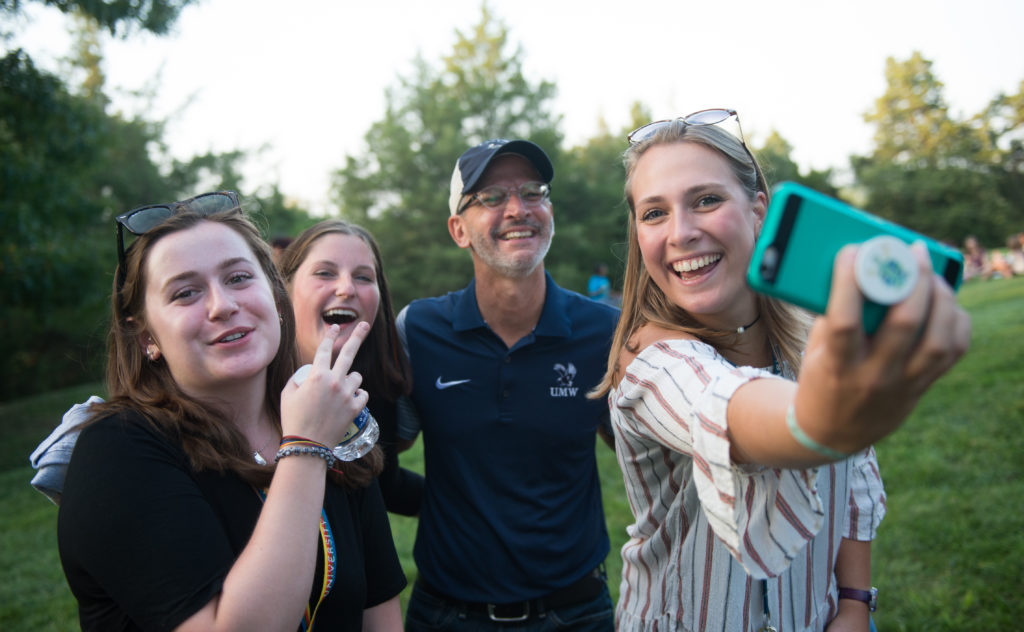 PRESIDENTIAL POSE
UMW freshmen commemorate their arrival on campus with a selfie with President Troy Paino. DRAWING ON TALENT
Led by Associate Professor of Art and Art History Rosemary Jesionowski, UMW students sketch one of the equestrian team’s horses on Ball Circle. RINGING IN AUTUMN
The Fredericksburg campus greets students on a warm fall morning with the tolling of the bell. MAKING A SPLASH
UMW students take to the water at City Dock Park on the Rappahannock River in downtown Fredericksburg. DOWN TO EARTH
Sarah Morealli, lecturer in UMW’s Department of Earth and Earth Sciences, examines rocks with a student as part of a mineralogy class. GAME ON
Students show their school pride by cheering on UMW’s Eagle Athletics at a soccer game. LAUGHING OUT LOUD
Spirits soar when members of the UMW community come together. MAPPING THE FUTURE
UMW students learn how to “think like a geographer” while doing field work on campus.