You are here: UMW / Great Lives / Lectures / Alexander the Great and the Amazons
Lecture Date: March 12, 2015

Amazons–fierce warrior women dwelling on the fringes of the known world–were the mythic archenemies of great Greek heroes. Heracules and Achilles battled Amazon queens and the Athenians reveled in their victory over an invading Amazon army. In historical times, Cyrus of Persia lost his life battling the warrior queen Tomyris. The Roman commander Pompey tangled with warrior women who were the allies of Mithridates of Pontus and his companion Hypsicratea, a real-life Amazon. One of the most enduring and fascinating legends about Alexander the Great is his affair with the Amazon queen Thalestris. Their romance reportedly occurred in about 330 BC in what is now northern Iran, after Alexander’s conquest of Persia and on his way to India. Described–and debated–by historians in antiquity, the story still arouses controversy, even though it appears in a sequence of events whose historical authenticity is generally accepted. Did the young world conqueror really enjoy 13 nights of love with an imperious Amazon queen? Join Adrienne Mayor as she analyzes the evidence for this notorious liaison, drawing on ancient literature, geography, historical accounts, ethnography, and modern archaeology to separate fact from fiction. 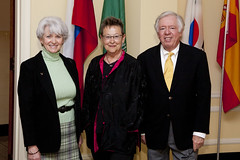 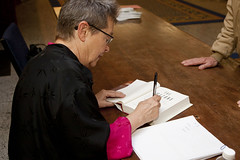 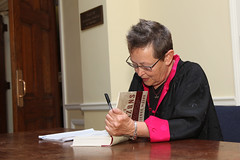 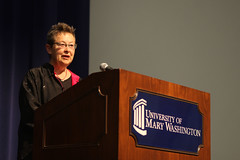 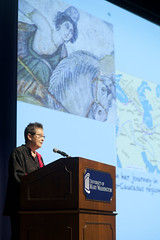 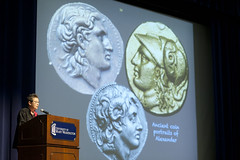 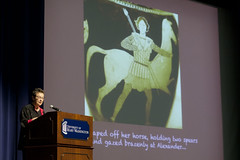 Adrienne Mayor is a historian of ancient science and warfare and a classical folklorist who seeks diamonds of truth embedded in classical myths and literature. Her most recent book is The Amazons: Lives and Legends of Warrior Women across the Ancient World (2014). Mayor’s biography of Mithridates VI of Pontus, The Poison King (2010) was a National Book Award nonfiction finalist and won the Independent Publishers’ Award for best biography. The First Fossil Hunters: Dinosaurs, Mammoths, and Myth in Greek and Roman Times (2000, 2011) opened a new field in the emerging discipline of Geomythology, and in Greek Fire, Poison Arrows and Scorpion Bombs (2009), Mayor uncovered the ancient roots of biological and chemical warfare. Her research has been featured on NPR and BBC, the History Channel, and other popular media, including New York Times, USA Today, Smithsonian, and National Geographic; her books are translated into ten languages. Mayor is a Research Scholar in the Classics Department and the History Science Program at Stanford University.