Frank Sinatra was not only the greatest singer of popular music in the Twentieth Century,
but arguably the greatest interpretive musician of all time. Yet over the course of his astonishing 60-year career, he was also many other things: a major movie star, the first lightning rod of the modern cult of publicity, the greatest Don Juan of his era, the creator of the myth of Las Vegas and the Rat Pack. He was an intimate of politicians, intellectuals, and criminals; a figure of enormous controversy, widely adored and widely detested. A magnificent sensibility who sprang from rough-and-tumble Hoboken, N.J. in the Depression, he defined fame in the Swing Era, consoled America through World War II, and fell deep and far both personally and professionally in the war’s aftermath, only to come back as the biggest star of the postwar years, a man who defined modern manhood, yet in many ways never grew up. With the explosion of rock ‘n’ roll, his style went out of style, yet Sinatra managed to stay in the limelight — and then, after a brief retirement, to redefine himself once more as a great concert artist.

In his talk, James Kaplan, the author of the two-volume, definitive biography of Frank
Sinatra, will discuss nine Sinatra songs, one from each era of his career, and, by examining the personal, cultural, and historical context of each number, will reveal the extent to which this incomparable genius embodied the American Century. 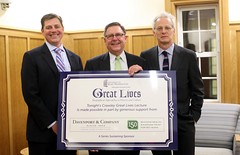 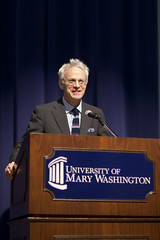 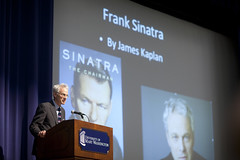 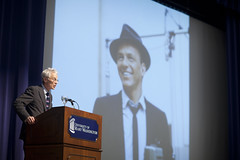 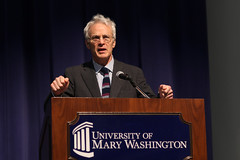 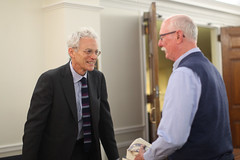 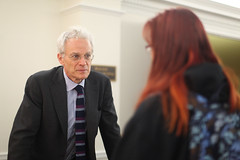 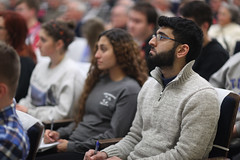 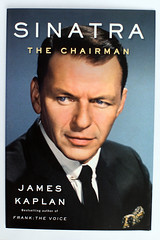 James Kaplan has been writing noted fiction, journalism, and biography for over three decades. His essays and reviews, as well as more than a hundred major profiles of figures ranging from Madonna to Nicholson Baker, Ralph Lauren to John Updike, Miles Davis to Meryl Streep, and Arthur Miller to Larry David, have appeared in many magazines, including The New Yorker, The New York Times Magazine, Vanity Fair, Esquire, and
New York. His first novel, Pearl’s Progress, was published by Knopf in 1989. His
nonfiction portrait of John F. Kennedy International Airport, The Airport (1994) — called
“a splendid book” by Gay Talese — remains a classic of aviation literature and New York
storytelling. His second novel, Two Guys From Verona (1998), was chosen by The New
York Times as one of its Notable Books of the Year. In 2002 Kaplan co-authored the
autobiography of John McEnroe, You Cannot Be Serious, which was an international
bestseller (and number one on the New York Times list). His 2005 book Dean and Me: A
Love Story, co-written with Jerry Lewis and published by Doubleday, was a New York
Times bestseller as well. In November 2010, Doubleday published Frank: The Voice, the
first volume of Kaplan’s definitive biography of Frank Sinatra. The book was also a New
York Times bestseller, and was chosen by Times chief book critic Michiko Kakutani as one
of her Top Ten Books of 2010. In 2012, James Kaplan was awarded a Guggenheim
Fellowship for nonfiction. In October 2015, Doubleday published the second volume of
Kaplan’s Frank Sinatra biography, Sinatra: The Chairman. James Kaplan lives in
Westchester, New York, with his wife and three sons.