When Star Wars opened in fewer than 40 theaters on May 1977, its writer and director-- a bearded, brooding, thirty-three-year-Californian named George Lucas—had only two movies to his credit. His first, THX 1138, an experimental expansion of an arty college film, had bombed; his second, American Graffiti, a warm cinematic paean to his days as a high school cruiser, had been a smash success. But with Star Wars—an ode to his love of comic books, movie serials, and mythology—George Lucas was understandably nervous. Science fiction was a dead genre. The movie studio had been stingy with money, filming had gone over schedule and over budget, and special effects were still being completed until practically opening day. The day Star Wars premiered, Lucas fled for vacation in Hawaii, bracing for what he was certain would be a box office disaster.

It didn't happen -- and never would. Forty years later, Star Wars, and its iconic characters, are permanently embedded in our cultural DNA – as is Lucas’s other cinematic creation, the globe-trotting archaeologist Indiana Jones. But George Lucas is more than simply a successful filmmaker; by gambling on his own success—and using the profits from his movies—Lucas started his own companies to research and develop state-of-the-art visual effects, sound technology, and computer graphics. Born of George Lucas’s open defiance of the Hollywood system, Lucas film would become one of the largest and most successful independent film production companies in the world, overseeing not only movies, but Academy Award-winning visual effects, theater-rattling sound systems, next-generation computer graphics, and immersive video games. George Lucas always vowed would never again be beholden to the system; eventually, he would truly control every element of the filmmaking process.

What made a debt-averse, son of a small-town, conservative stationery owner repeatedly risk everything to get his films made? Where did he get his ideas? And did Han Solo really shoot first? Award-winning biographer Brian Jay Jones presents a multi-media look at the life, work, and galaxy-spanning influence of one of cinema’s most famous filmmakers. 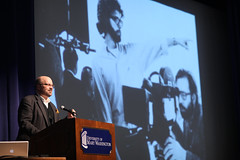 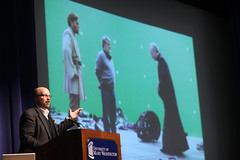 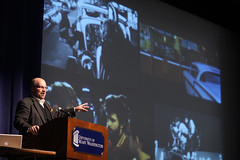 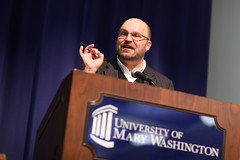 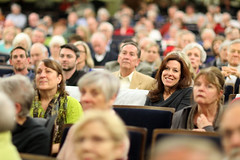 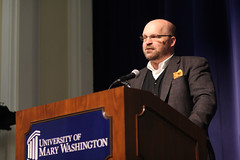 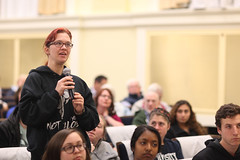 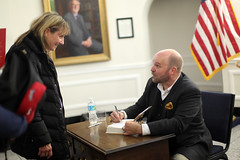 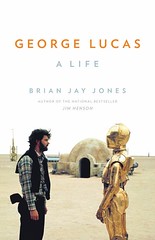 New York Times bestselling biographer Brian Jay Jones spent nearly two decades as a public policy analyst and speechwriter, before turning to biography in 2007. He is past president of Biographers International Organization and presently serves as Associate Director of the Great Lives program.
Born in Kansas and raised in Albuquerque, New Mexico, Brian has a degree in English from the University of New Mexico, which he immediately parlayed into a brief career as a manager of a comic book store before getting into politics and writing. He spent nearly a decade in the U.S. Senate as a senior policy analyst for welfare reform, civil rights, and education, and has served as an Associate State Superintendent of Education, and policy advisor for state- and county-elected officials.

A biographer with a fondness for “slightly off-center American geniuses” (Washington Post), Brian is the author of Washington Irving – hailed as the definitive biography of American literature’s first popular author and pop culture icon – and of the bestselling Jim Henson: The Biography, the first full-length biography of the iconic creator of the Muppets. His most recent book, George Lucas: A Life was published in December 2016.
Brian has discussed his work on The Daily Show with Jon Stewart, Today, Tavis Smiley, and The Cycle, as well as numerous documentaries, including PBS’s In Their Own Words: Jim Henson.

He currently lives in Virginia with his wife and a very excitable dog who refuses to stay off the furniture. He also believes that Han shot first. Don’t even start.