On July 11, 1804, two of the greatest men of the age, Alexander Hamilton and Aaron Burr, faced each other down on a cliff at Weehawken, New Jersey, pistols in hand. One had created the national economy as the first Secretary of the Treasury; the other was the sitting Vice President. What exactly happened that morning in that “affair of honor”? Who shot first? Did Hamilton really “throw away his fire,” as he’d claimed he would? Such questions, however, beg the larger ones: what brought these two great men into such an explosive collision? Why was each seemingly obsessed with the other? Why were they both willing to risk annihilation—and for what? One an immigrant from Nevis, the other an aristocrat from New Jersey. One the creator of the Federalist party, the other without discernible ideology. The hatred of opposites, one might imagine, yet the two were as much the same as they were different, both of them diminutive, brilliant, ambitious, articulate and charismatic. In his talk, John Sedgwick will tell the story of these two great American lives, and show how each completes and defines the other. Hamilton requires Burr, as Burr needs Hamilton. It takes two to make one. 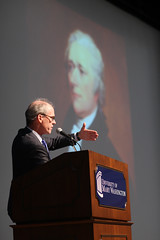 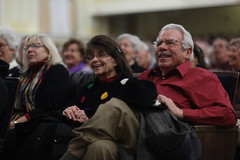 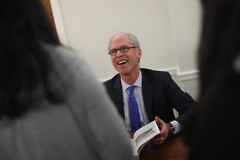 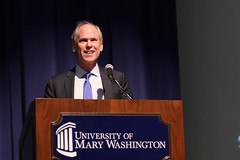 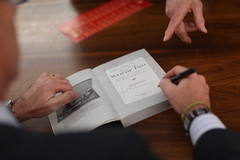 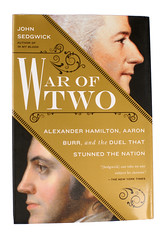 John Sedgwick is a historian, memoirist, journalist and novelist hailed by critics for the wide range of his subjects, the allure of his story-telling, and the brilliance of his writing. He has now published twelve books. Three works of literary nonfiction, including The Peaceable Kingdom, an account of the Philadelphia Zoo that was the basis of a dramatic TV series on CBS. Two acclaimed psychological novels, The Dark House and The Education of Mrs. Bemis. The best-selling family memoir In My Blood, covering six generations of his family. Five collaborative books, on subjects ranging from the investigation of mobster Whitey Bulger to the proper management of non-profits. And, most recently, a work of history: War of Two: Alexander Hamilton, Aaron Burr, and the Duel that Stunned the Nation, a finalist for the George Washington Prize, given annually at Mount Vernon to the year’s best book on the Founders. He is currently finishing Blood Moon, about the deadly internal politics of the Cherokee leading to and from the Trail of Tears.

John has also published over five hundred magazine stories in the Atlantic, GQ, Newsweek, Esquire and Vanity Fair, on topics ranging from the politics of prostate cancer to the utility of concrete. His articles have received a number of national awards, and been widely anthologized. He has lectured across the United States, made regular appearances on radio and television, and served on the boards of several non-profits in the humanities. A graduate of Harvard College, he is the father of two grown daughters, and lives with his wife, the Time columnist and CNN analyst, Rana Foroohar, and her two children, in Brooklyn.