Everybody knows John Wayne, or thinks they do: fierce, right-wing, limited actor. In fact, nearly 40 years after his death, John Wayne still places in the top ten of the most popular movie stars (the other nine are all still alive.) His films remain in heavy rotation on television, and a dozen or so of them (Stagecoach, Fort Apache, Red River, The Quiet Man, The Searchers, The Man Who Shot Liberty Valance, etc.) are firmly ensconced as classics of world cinema.
But John Wayne was considerably more than the sum of his parts: a lonely child who became a great screen actor, a fine, entertaining companion, a good father, a mediocre husband, a fierce patriot who didn't serve, but who consistently put his moviemaking money where his mouth was. In short, he was a huge influence on posterity's idea of American masculinity, as was proven when John Wayne: Life and Legend became a runaway New York Times bestseller. 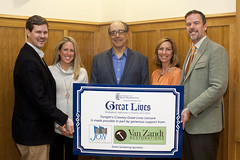 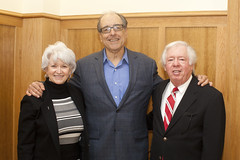 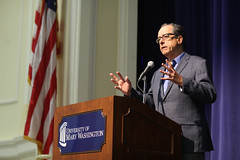 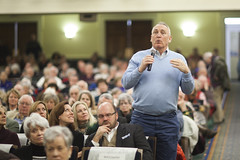 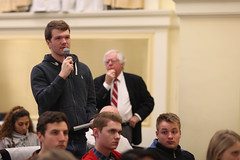 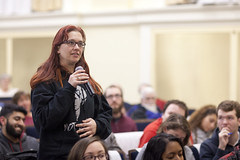 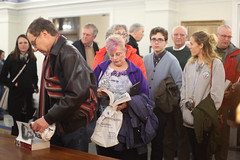 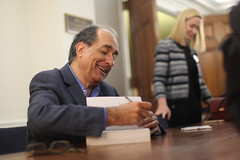 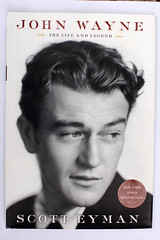 With the 2014 publication of The New York Times Bestseller John Wayne: The Life and Legend, Scott Eyman has authored 13 books, including two with veteran actor Robert Wagner: The New York Times bestsellers You Must Remember This (published March 2014) and Pieces of My Heart (published 2008). Their third collaboration, I Loved Her in the Movies, is due in November 2016. His latest book, Hank and Jim will be published in 2017.

Among his other books are Empire of Dreams: The Epic Life of Cecil B. DeMille, which won the 2011 Richard Wall Memorial Book Award, Lion of Hollywood: The Life and Legend of Louis B. Mayer, Print the Legend: The Life and Times of John Ford, Ernst Lubitsch: Laughter in Paradise, and The Speed of Sound (all Simon & Schuster) and John Ford: The Searcher for Taschen Books.