Mark Twain wrote books and essays which, more than a century after his death in 1910, continue to be read, translated, studied, and enjoyed by the people of the world. Yet his most lasting gift to the nation is more significant even than the sum of his works. Mark Twain was among the first to recognize, and the first to enshrine in literature, the distinctive form of diction known as American English.

Until Mark Twain returned East from his sojourn in Nevada and California in 1866, the rules for our new Republic's acceptable literature were legislated by the Boston Brahmins: those educated, gifted and staid imposers of an aesthetic rooted in the high rhetoric and instructional sensibilities of the Augustan age. (Granted that a popular tradition of rough vernacular storytelling had by then become popular, it was confined in its prestige to newspaper entertainments and Southern political satire.) Mark Twain, free from this burden of cultural custodianship, and superlatively gifted--"the common man, plus genius"--pioneered in raising the American Common Man to a representative referent of American letters, and native-forged American diction as the national voice. He found poetry and the music in vernacular speech, particularly the speech of Negro slaves and former slaves, and harnessed these qualities to both humor and to moral literature. My talk will give examples of the transition inspired by his work, and will explain why I believe it was essential to the intellectual and spiritual health of the country. 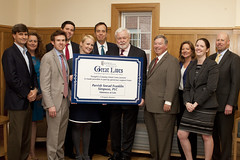 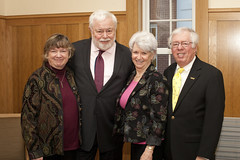 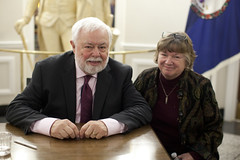 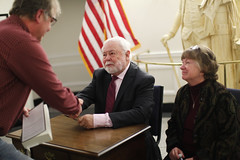 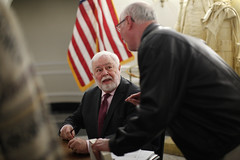 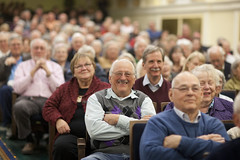 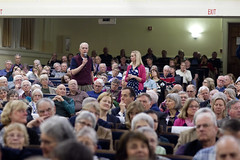 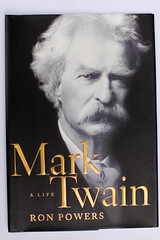 Ron Powers was born in Hannibal, Missouri, Samuel Clemens's boyhood town, in 1941. It was Clemens’s literature that influenced his determination to become a journalist and writer. He won the Pulitzer Prize in criticism in 1973 as a television columnist for the Chicago Sun-Times. In 1985, he received an Emmy award for his commentaries on CBS News Sunday Morning with Charles Kuralt. He has written or co-written thirteen books: two novels, two collections, three collaborations and six works of nonfiction; a fourteenth book is due out in spring, 2017. His 2005 biography, Mark Twain: A Life, was a finalist for the National Book Critics Circle Award. He served for sixteen years as a senior staff associate in nonfiction at the Bread Loaf Writers Conference and for eight years was an assistant professor at Middlebury College, teaching nonfiction writing.