The panic began in 1692, over a raw Massachusetts winter when a minister’s niece began to writhe and roar. It spread quickly, as neighbors accused neighbors, husbands accused wives, parents and children one another. It ended less than a year later, but not before 19 men and women had been hanged for witchcraft.

Drawing masterfully on the archives, Stacy Schiff makes palpably real for us one of the most electrifying chapters in American history. She illuminates the demands of a rigorous faith and the vulnerability of settlements adrift from the mother country, perched on the edge of a “remote, rocky, barren, bushy, wild-woody wilderness.” She introduces us to the strains in a Puritan adolescent’s life and to the authorities whose delicate agenda were at risk. The Witches brings early American anxieties to the fore and aligns them with our own. In an era of religious provocations, demonizing, crowdsourcing, and invisible enemies, this enthralling story makes more sense than ever. 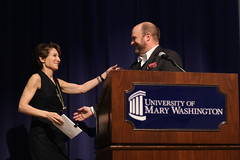 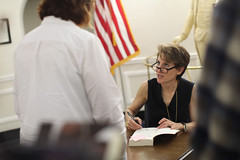 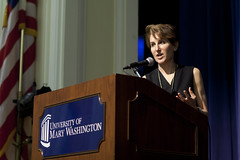 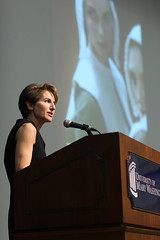 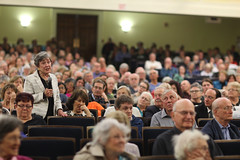 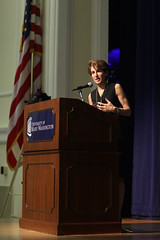 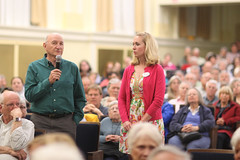 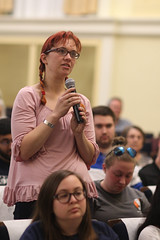 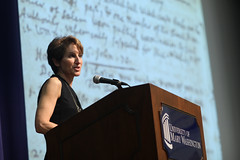 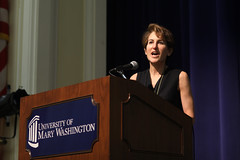 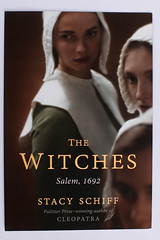 Stacy Schiff is the author of Véra (Mrs. Vladimir Nabokov) , winner of the Pulitzer Prize; Saint-Exupéry, a Pulitzer Prize finalist; and A Great Improvisation: Franklin, France, and the Birth of America, winner of the George Washington Book Prize, the Ambassador Award in American Studies, and the Gilbert Chinard Prize of the Institut Français d'Amérique. All three were New York Times Notable Books; the Los Angeles Times Book Review, the Chicago Tribune, and The Economist also named A Great Improvisation a Best Book of the Year.

Her fourth book, Cleopatra: A Life, was published to great acclaim in 2010. As the Wall Street Journal's reviewer put it, "Schiff does a rare thing: She gives us a book we'd miss if it didn't exist." The New Yorker termed the book "a work of literature;" Simon Winchester predicted that "it will become a classic." Ron Chernow may explain why: "Even if forced to at gunpoint, Stacy Schiff would be incapable of writing a dull page or a lame sentence." Cleopatra appeared on most year-end best books lists, including the New York Times's Top Ten Books of 2010, and won the PEN/Jacqueline Bograd Weld Award for biography. A #1 bestseller, it has been translated into 35 languages. Little, Brown published The Witches: Salem, 1692, in 2015. The New York Times hailed it as "an almost novelistic, thriller-like narrative." David McCullough declared the book—also a #1 bestseller—"brilliant from start to finish."

Schiff has received fellowships from the Guggenheim Foundation and the National Endowment for the Humanities and was a Director’s Fellow at the Cullman Center for Scholars and Writers at the New York Public Library. She was awarded an Academy Award in Literature from the American Academy of Arts and Letters. In 2011 she was named a Library Lion by the New York Public Library. Schiff has written for The New Yorker, the New York Times, the Washington Post, and the Los Angeles Times among other publications. She lives in New York City.